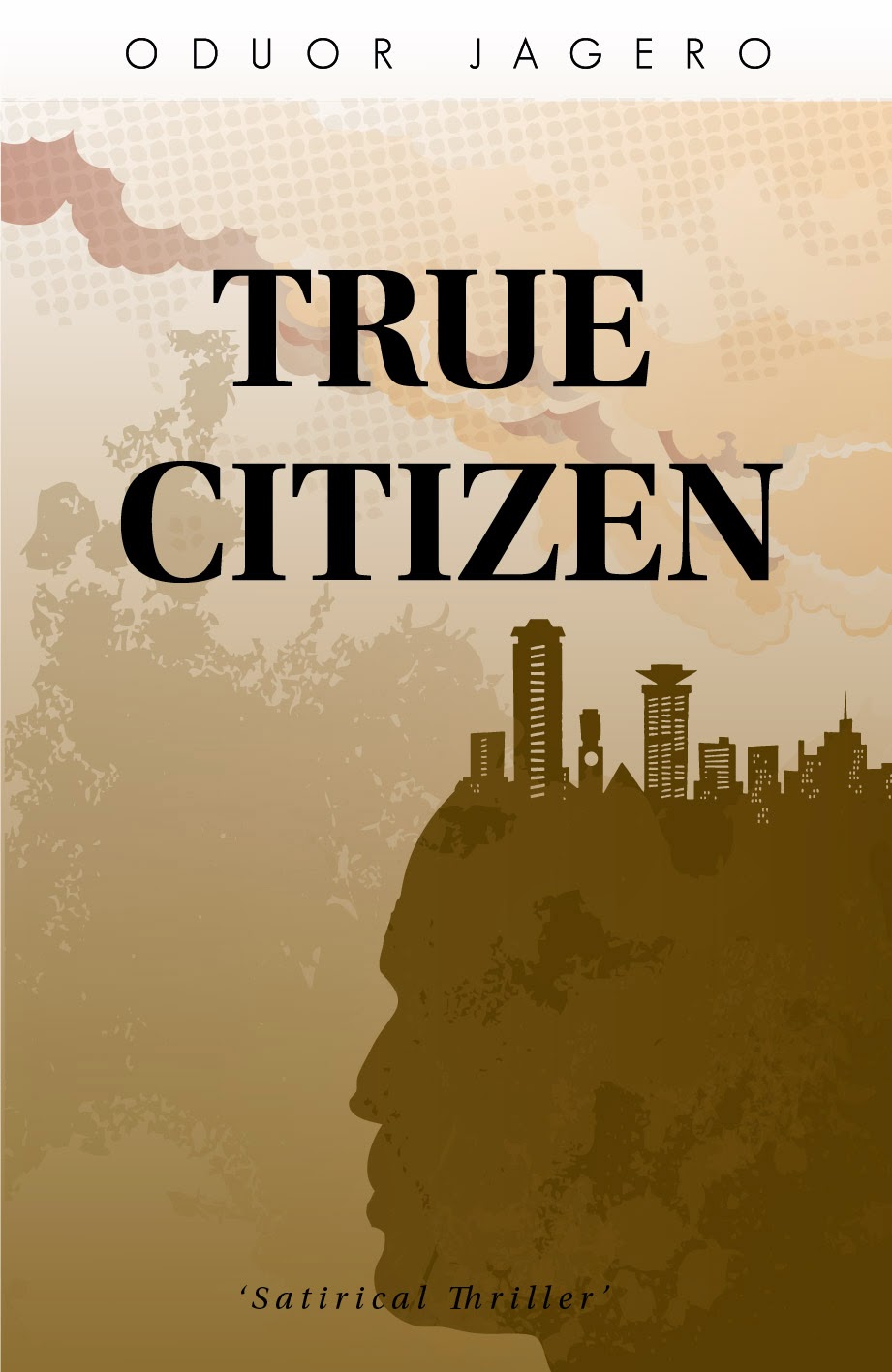 It was the eve of Poetry Spot back in 2012. I had been wondering what I would perform the next day as I had registered to be among the participating poets of that month’s edition two weeks prior. My name was in people’s lips but Rixpoet was still the timid poet trying to earn a niche in Nairobi’s poetry scene.

A few months back, Njeri R Kanyara had given me and other poets a home at Club Heartz, Moi Avenue, Nairobi. where A Word & A Mic took place on a monthly basis. It’s the place I met the Kaesas and Ngartias of this side of Africa; parties I have since been acquainted to more like family. No, they are actually family. So my 24 year old self had enjoyed the support of good hearted fellows for a while then.

But this night I knew in my mind that I was going to a bigger stage. Somewhere totally opposite from the dimly lit club with a miniature of a stage that I was accustomed to. Not knowing what to expect, I courageously took my pen and wrote down a sketch of a line,

”The world circles in squares….”

Then another flashed across my mind,

Suddenly, my hands were on heat! That month’s theme was something to do with men and fatherhood. So on I went,

”Social misfits,
Who rift love hearts into bits
Lift up their egos
Boasting to be cheats…”

But truth be told, I was shaking behind that pen, those words. I was seeing myself at All Saints Cathedral Nairobi on a podium with more than four hundred eyes staring at me. It was going to be a first. Maybe also my last if I did not do well and those eyes didn’t like me.

On that dining table, I pieced WHERE ARE THE MEN!!; shaped it to the tempo I needed it and rehearsed stanza by stanza in the silence of that night. With rising confidence, having locked myself in the sitting room, word by word I went, stopped to edit a few parts and voiced out the lines again. There was no mirror, but I had enough imagination to see and hear myself. I knew I was doing well.

The man who was in charge of this poetry event was one Oduor Jagero; a man I had never met but only conversed with via mail. He had told me to arrive at the venue by 5pm. Knowing how ugly Mombasa Road looked like in the evenings, I left Mlolongo,my home then, at 3pm, after mother had given me my fare to town and back. She wished me well. 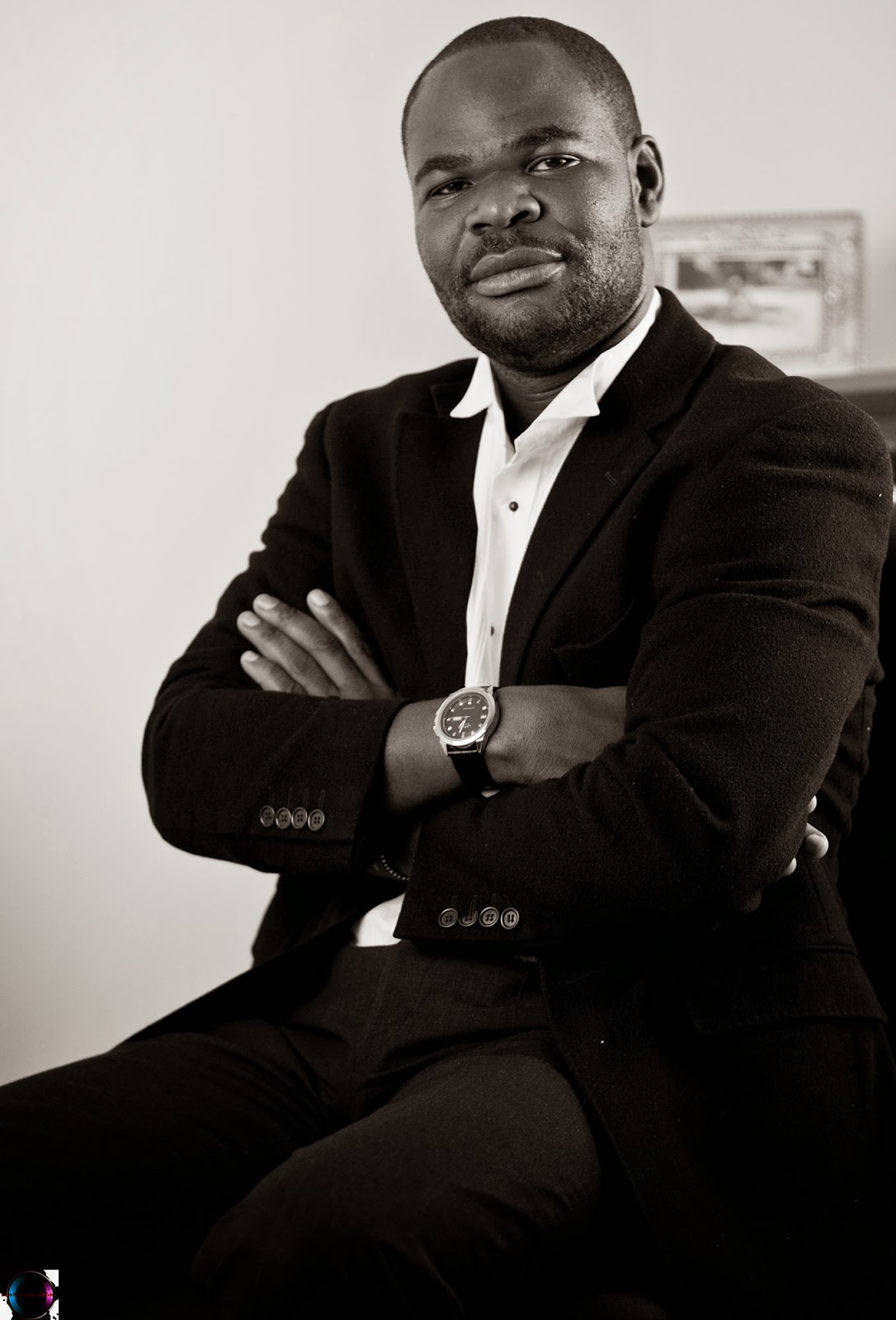 It was my first time at All Saint’s Cathedral. After tracing the exact venue for Poetry Spot, I asked around for Koa. It did not take long to know where he was. He was loud and had this roaring laughter that baffled me. I later came to learn that it was his way of life and everyone he met had to embrace that. Well, at least the people he is comfortable around. But Koa would be comfortable anywhere.

That night, I delivered what was to be the poem that got my name out there. I remember taking my seat and the ‘freaking Orator’, Kevin Orato shook my hand in appreciation. I had never met the lad face to face either. All the fear and stage fright I ever had disappeared on that day. Even though once in a while a few butterflies linger in my stomach whenever I’m preparing to hit the stage, it is never as bad as it used to be before this night.

Koa gave me a chance to perform the next month. A WORD AND A MIC soon wrapped up but I had a new home already. He opened me up to new possibilities. I conquered so many things while performing on that stage: fear, bitterness, anger, low self esteem, just through the poems I shared, all thanks to this man.

A few months down the line, he launched The Awakening,with his tech savvy friend, Shedy Serem. They invited me to work with them in preparation to the event that was being held at the Mocca Lounge & Bistro. I was in charge of social media. It was my first time to work with a modem. I still laugh at my naivety whenever I remember.

Koa invited me to his home numerously after, preparing some ugali and aleya whenever he could. We beat stories and laughed hard at wee hours of the night. I would wake up to wash the previous supper’s dishes as he listened to The Cross Movement. I wonder how many people know that he is a hiphop fan.

Over time, I had earned his trust and him mine. Even though it had been tricky to discuss about the women in our lives but at least we talked about politics and poetry quite openly. We’d gossip about other poets like women do about men. How blessed I feel to have him as a big brother and to some extent a father figure.

His poetry is among the simplest yet most profound you will find this side of the Sahara. The chap writes his soul on paper. His writing is as loud as his laughter. And just as he exhibits life when his soul breaks into jollity, so does he pen. He will step on stage to read a poem written by the African Bull, as he fondly calls himself, and deliver it quite passionately, with vehement venom.

Three years ago he embarked on a journey to write a novel. For a long while we even forgot that he was working on something serious until earlier this month when he cited that he’s launching TRUE CITIZEN, a satirical thriller that will bring you to Kenya quite literally, even if it is to spend just five minutes of your life with this omera.

I am proud of him as a Kenyan writer, a fellow poet, a brother and my good man, as he likes calling us. He launches it on 8th August at PAWA 254 and all I ask of everyone who is a supporter or an interested party of Africa’s literary discourse to attend on that day, but most of all to buy this amazing book.

While African literature keeps evolving with time, we are telling our stories more and the world is now coming to listen to us. Let us all dance to and enjoy the rhythm of our tales. 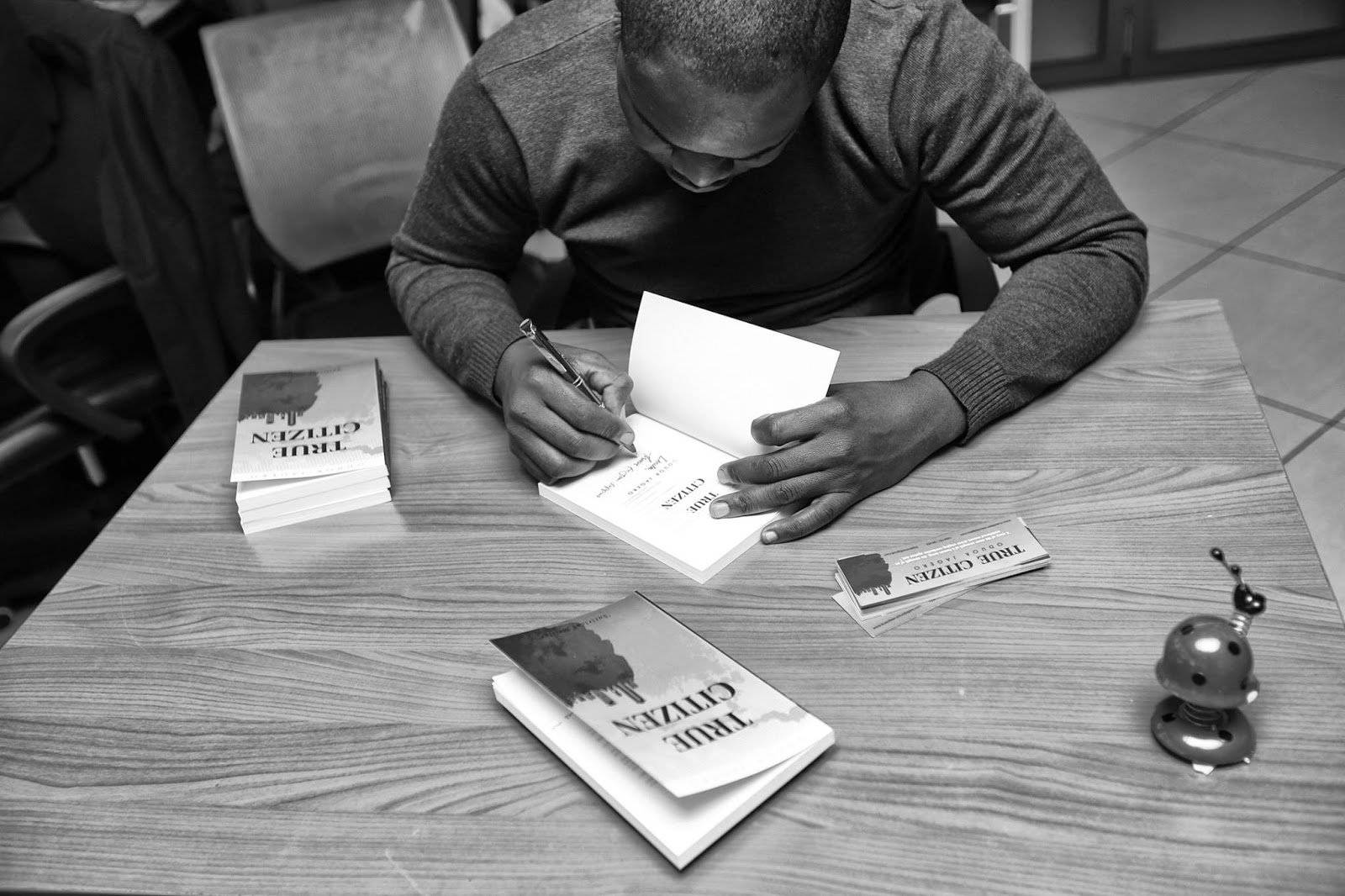 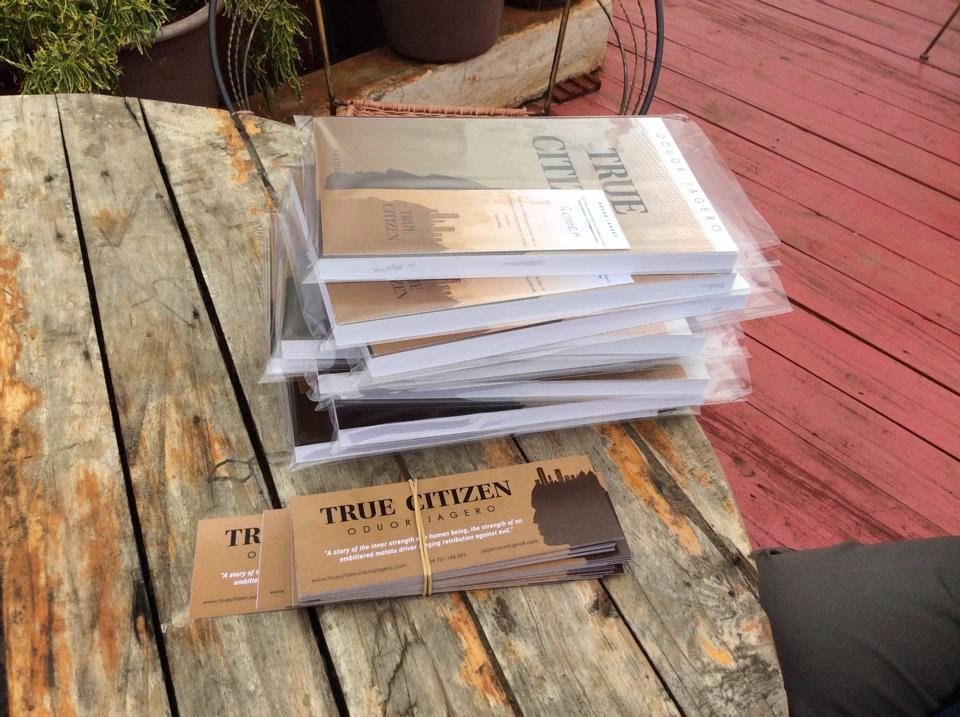 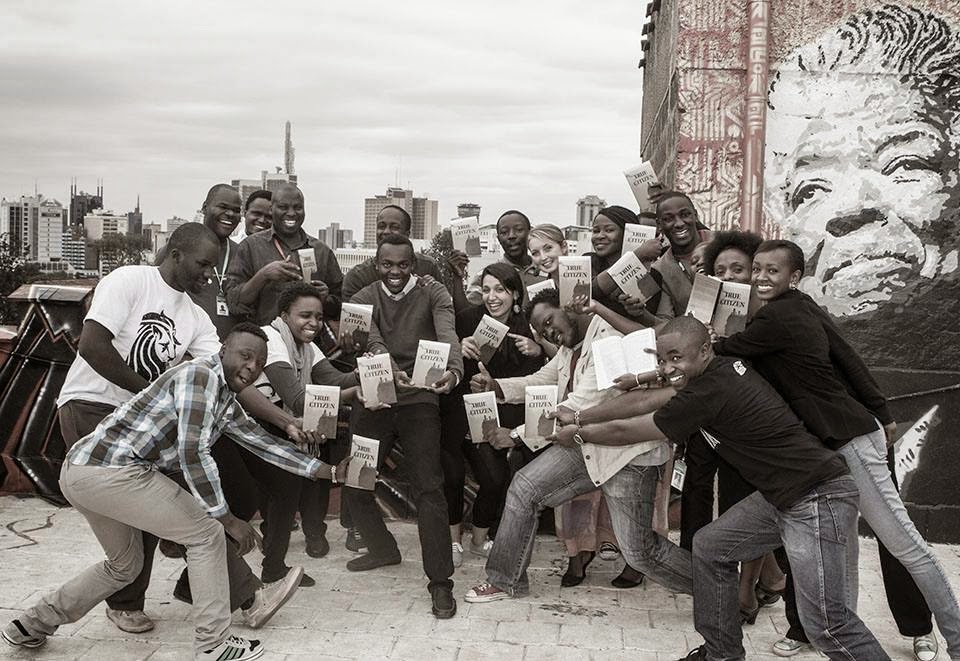 I Am Because He Is

May 5th, 2005 was a Friday. It had rained in Nairobi that evening. The city was abuzz with hawkers, umbrellas, mad people running...

Teach Your Children To Love Books

I did not grow up loving books, despite the fact that my folks are teachers. I remember when I was beaten senseless for being...

The world is a round place full of flat faces; cold hearts and fast music. Every person has his untold story. You will be judged by...

Letter To A Poet

Dear Poet, I pray that this finds you in good health. I am doing fine, thankful to the Lord for bringing rain. It has been...

Be Faithful To Your Dreams!

It's 6:30am, Huruma Estate, 1998. My mother wakes me up to prepare me for school. It's been raining lately and our dark one roomed house...